Siddhars are known for some hidden powers that led to them attaining a ‘God-like’ state. They used such powers to control time and space, body transformation, and achieving immortality. These siddhars yogis contributed a lot to the betterment and welfare of society. Their approach was holistic and believed in “Food is Medicine, Medicine is Food”. They had also said, “The sound mind makes the sound body”. Siddha medicine reached at zenith during Tamil siddhars. All 18 South Indian Siddhars gave a solid platform to the ancient system of Siddha medicine. Their contributions are well known in the field of Vaithiyam (medicine), Vatham (alchemy), Jothidam (astrology), Manthirigam (tantric practices), Yogam (meditation and yogic practices), and Gnanam (knowledge and almighty).  They have written many important books on medicine, alchemy, spirituality, etc.

4. Konganar- the son of Bogar 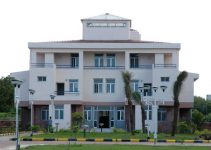