Malaria is one of the dreadful and infectious diseases caused by a protozoan parasite called plasmodium which infects red blood cells (RBC). The word malaria consists of mal + aria means ‘bad air’ in Italian. The major symptoms of malaria are the recurrent attacks of chills, fever, and sickness. Millions of people come under the wrath of malaria where children under age 5 are more vulnerable. In 2010, about 6.6 lakh people died due to malaria across the world. Though malaria is considered a deadly disease, yet it can be prevented with some precautions. Pregnant women should also take utmost precautions as they are at high risk. A maximum number of malaria cases is reported in African countries. In many places across the world, malaria has developed resistance to various medicines.

Malaria infects children of age five years or below. Malarial symptoms in kids below 5 years start showing after 10 days. Early symptoms with babies include irritability, low appetite, and disturbed sleeping. Some of the common symptoms are:

How Malaria is Caused?

Malaria is caused by a parasite called Plasmodium. This parasite is being inserted into human red blood cells through female Anopheles. The mosquito has specialized apparatus to penetrate the victim’s skin. Here, female Anopheles mosquitoes are acted as vectors in the transmission of malaria parasite-Plasmodium. This vector injects its saliva into the wound and withdraws blood too. There are four varieties of Plasmodium species that are responsible for the life-threatening disease malaria. At a time, only one species of the parasites caused the disease.

Plasmodium vivax: The maximum number of malarial infections is happened due to this species of plasmodium. The symptoms of it are less severe in nature and relapses for about three years.

Plasmodium malaria: This form of malaria is more common in the African region. It may remain in the body without producing symptoms.

Plasmodium ovale: This form of species is not very common.

Malaria is widespread in the African continent. More than 90 percent of the deaths of malaria are observed in Africa. In African hospitals, about 60 percent of patients are from malaria, which means out of 10 beds, 6 beds are occupied with malaria patients. The person who traveled to Africa is also at high risk.

How Malaria is Transmitted?

The malaria parasite is transmitted to humans by the bite of an infected female Anopheles mosquito, which has sucked the blood of an infected human. The mosquito usually bites in the early evening and night. A pregnant woman can transmit the infection to her unborn baby. Malaria can also be transmitted through blood transfusion or organ transplants from an infected person.

Homeopathic medicine like Arsenic album 30 is given when the patient experienced recurrent fever, excess anxiety, acute pain, and unquenchable thirst. Wupatorium perfoliatum 30 is prescribed when the person is suffering from fever, bone ache, chills, seating, and unquenchable thirst. Chininum sulphuricum 30 is recommended to patients who are showing symptoms like fever at regular interval, chills and shivering. Cinchona officinalis 30 is given to those malarial patients who are experiencing heavy chills, recurrent fever, less thrust, flatulence, and loose motion.

As per Unani, malaria is caused due to the derangement of humor (Akhlat). In Unani, malaria is called Humma-e-Ajamiyah or fever-related with shrubs. The following herbs like Dikamaali Gummy gardenia, Zarish Barberry, Zaranbad champoo ginger, Sumbulut-teeb valerian, Neem margo, Filfil siyah pepper, Gilo Tinospora, Tabasheer bamboo, Chariata Indian gentian, and Karanjwa fever nut, are used for the treatment of malaria.

Yoga and Naturopathy can be used as natural treatments for malaria. Neem water enema can be used for malarial treatment. A cold hip bath for 15 to 20 minutes can give relief. Mud Pack to abdomen and eyes can be given to ease the symptoms of malaria. Practicing vaman Dhauti with Neem water helps to give relief from malaria. A boiled mix of ginger (5gram), Tulsi decoction (15 leaves), pepper (10), and jaggery and turmeric powder is prepared and gives the patient 4 to 5 times a day to have a good result. During shivering, an ice bag should be kept over the head and hot water bags over the palm and sole. A warm bath should be preferred.

Malaria prevention is one of the vital questions before the people as well as the governments. Malaria is a preventable disease. Utmost precautions should also be taken, especially during the rainy season where the female anopheles mosquitoes are rampant. If we follow the given rules and regulations, the disease malaria can be controlled to a larger extent. The different key intervention to control malaria is:

The following precautions should be adapted to control and combat malaria 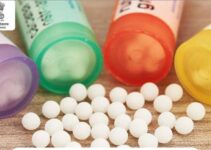 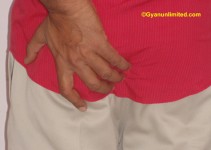