Women are easily susceptible to various diseases due to faulty lifestyle, modernization, paradox shift in the dietary pattern blessed with liberalization, privatization, and globalization (LPG) effect, which led to disorders including gynecological and nutritional ill health. The rapid changes in the standard of living also triggered added disadvantages which further precipitated by lack of consciousness, dwindling sensitivity, social discrimination, hormonal imbalance, psychological factors, hereditary constitutional tendency, etc. Black Seed (Kalonji Oil) is the gift of god and known for numerous health benefits, especially for women diseases. Today, we will discuss how Kalonji is for Gynecological Diseases.

Women are potentially getting engulfed to various diseases cauldron such as

Leucorrhoea or leucorrhea is a secret disease of ladies where the vagina/female genitals observe yellowish, whitish, and thick discharge. This is generally happened due to infections in vaginal cells. Kalonji oil has leucorrhoea treatment. Make a mixture of mint leaves and water (½ liters). Cool it and add kalonji oil (½tsp). Drink it in the morning before taking breakfast and at the night before going to bed. These ingredients should continue for 30-40 days.

Women experience clear, white, or sometimes yellowish vaginal discharge, generally at the beginning or at the end of the menstrual cycle. It causes sometimes itching. The combination of mint leaves, black seed oil along the water is helpful in the treatment of white discharge. Mint leaves are boiled in water, after getting cool; add few drops of Nigella Sativa oil. Use the combination twice a day for forty days both in the morning as well as in the night before going to bed.

Sometimes, ladies are facing menstruation cycles two to four times a month. It makes the lady weak and vulnerable to many diseases. For this, the combination of Pudina leaves, and kalonji oil along with water is highly useful.

How to solve menstrual problems?

The mix of warm water, honey, and Nigella Sativa oil are good in removing uterus stone. The mixture should be taken twice a day. The patient should avoid tomatoes and spinach. Uterus disorders can also be solved if one takes the mix of spinach juice (½tsp), Misri powder (2 tsp.), and kalonji oil (½tsp) before breakfast. The mix should be continued till 1 month.

Before using Nigella sativa mix over the sensitive swollen parts, it is suggested to wash these portions with freshwater properly. Rub kalonji oil on the swollen parts and left it for 10-12 hours followed by washing it with soap. There is a greater chance that the problem of swollen will be got solved.

The stage of maternity has to go through lots of pains and agony. After delivery, the mother feels physical & mental weakness, lethargies, tiredness, and problems of bleeding. The mixture of cucumber juice (1 cup) and Nigella sativa oil can play an important role when taken twice a day.

The mix of kalonji oil and milk is helpful to secret more milk. The mother should take the combination of milk (1cup) and few drops of kalonji oil, twice a day for one week to have a positive result. The presence of lipid and hormone enables the black seed to flow more milk from the nursing mother- research by Potchefstroom University

The mix of Kalonji oil (½tsp), honey (2 tsp.), and jaiphal oil (½tsp) are good to remove sexual weakness. It should be taken once a week and continued for two weeks. 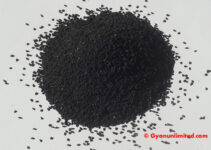 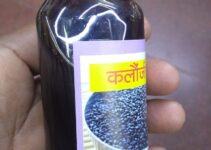 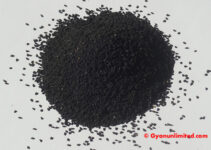