Naturopathy is a refreshing process and a cost-effective treatment modality, which tries to find out the very root cause of diseases by restoring harmony among various components of Naturopathy lifestyle- physical, social, emotional, spiritual, mental, and psychological. Nature Cure, being a drugless therapy is safe and enhances the sustainable and functional ability of the body. Since it is cost-effective and without any side effects, a large number of people have opted for nature cure therapies like massage, sunbath, hydrotherapy, mud therapy, diet therapy, etc. There is a great opportunity for jobs in the naturopathy field.
The deserving candidate can get employment in teaching, management, hospital, health resorts, spa center, big five-star hotel, etc.  The job option is also opened in the government sector. The candidate after completing BNYS course or higher degree can get employed in the government sector like Ministry of Health, Govt. of India, Ministry of AYUSH, research council like Central Council for Research in Yoga & Naturopathy (CCRYN), national institute i.e. National Institute of Naturopathy (NIN), etc.

A number of public and private colleges and institutes in India are offering a Naturopathy course: Bachelor of Naturopathy & Yogic Sciences (BNYS). The eligibility to have enrolled in BNYS is that one should pass 12th standard with subjects’ physics, chemistry, and biology from a recognized college or university with 50% of the aggregate marks. The minimum age for joining the course is 17 years. After successfully completing the BNYS, one can pursue higher studies in M. Phil and Ph. D.

Naturopathy is one of the effective therapies of the traditional system of medicine which has the power in the management and control of chronic diseases viz, Arthritis, Diabetes, Obesity, Asthma, Hypertension, Renal disorders, Skin diseases, Cancer, Migraine, etc. Post liberalization, privatization, and globalization have greatly triggered lifestyle-related disorders. Naturopathy, the rejuvenating treatment modality has enough to say in this direction. The BNYS doctors and naturopaths can contribute a lot to these health-related problems. There is no such dearth of jobs for qualified as well as experienced naturopaths as there is a huge demand for such doctors and therapists in the developed and developing countries of the world. UAE is one of the hot spots to absorb the naturopathy degree holder with handsome remuneration.

The naturopathy professional can opt for different fields as per their choice, interest, expertise, and knowledge. Some of the important broad disciplines where the naturopathy doctors can consume themselves.

The naturopathy degree holders should take naturopathy employment on a positive note. They have better employment opportunities abroad. The job outlook as a naturopathy physician, therapist, and naturopath are encouraging both nationally and internationally. Both the government and private sectors offer good placement for a deserving naturopathic doctor.  The center and the state governments are hiring such professionals for their various organizations. The governments have the following officers in their research centers’, national institutes, hospitals, dispensaries for the health care department, and other activities.

Many job options are available for naturopathy doctors both in India and abroad. Many countries across the globe are hiring naturopathy physicians. Since the field is in the inception stage, it has great potential in the days to come; therefore, a large number of students are opting for Bachelor of Naturopathy & Yogic Sciences (BNYS) after 12th standard. The field offers lucrative options in teaching if somebody pursues higher education in naturopathy and Yoga i.e. MA, M.Sc., M. Phil and Ph. D. The Union as well as the State governments’ research centers, institutes, colleges, universities, health centers, etc., have a lucrative employment opportunity for the naturopathy professionals. BNYS doctors and who have higher degrees are recruited in the government sector as Director, Deputy Director, Programme Officer, Assistant Director, Research Officer, Assistant Research Officer, Consultant, naturopathy expert, etc. The various recruiting agencies and organizations are Centre Research Centres i.e. CCRYN, National Institutes i.e. MDNIY, NIN, State Research Centres, Government Hospitals, Dispensaries, Yoga & Naturopathy hospitals, Teaching faculty in Yoga and Naturopathy colleges/institutes, health resorts, spas, etc.

The remuneration in naturopathy physicians in the initial stage ranges between Rs. 20, 000- Rs. 40, 000 depends upon expertise and experiences. For the knowledgeable candidate, salary may touch up to Rs. 1 lakh per month in the private sector, especially in the spas, resorts, and big five star hotels. The naturopathy physicians have good job opportunities in the international arena too, especially in the Gulf region and the Middle East. More or less all the countries of the world are hiring BNYS doctors due to the effectiveness of naturopathy in the health care sector. The government is also recruiting BNYS doctors and specialists who are having an MA or Ph.D. degree under the pay scale of Rs. 15, 600-39, 100 with grade pay of Rs, 5400. Naturopathy has in-depth job potential and big earning opportunity if one starts one’s own center or Health resorts. 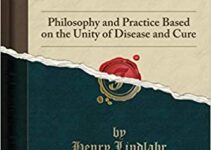 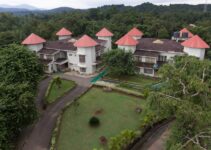 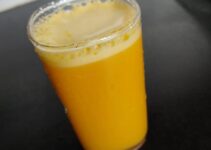 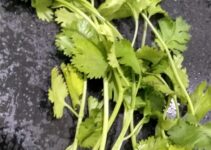 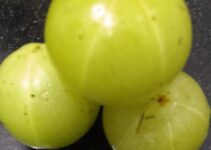 36 thoughts on “Naturopathy Career, Jobs and Employment after 12th Class”