What is cumin seeds?

Cumin seeds(Cuminun cyminum) are known as an integral ingredient of cuisines, uses as traditional medicine for a long but research needs to be done for its therapeutic benefits. Many modern studies have been conducted wherein it has been shown that nutty spice is known for digestion, prevention of diabetes, improving good blood cholesterol, shedding of extra fats, etc. It is also known for having an adequate amount of iron and antioxidants.

Cumin seeds or Jeera has many traditional and alternative health benefits, which have been in practice for a long time. Here, we will discuss some evidence-based and scientific benefits of this flavor spice.

It is generally used as a whole or ground form. The dried seeds are roasted and ground into powder, which in varied cuisines and dishes. There are three varieties of cumin viz. Ground cumin, Black cumin, and Bitter cumin. As far as medicinal aspects are concerned, the black cumin is relevant. These black seeds are used as traditional medicines in case of respiratory diseases, headache & migraine, back pain, infections high blood pressure, and digestive disorders. Besides, cumin seed is an important spice used in making various cuisines because of its distinctive flavor and aroma.

Though using of cumin seed is considered safe, however taking in excess quantity, it may come out woth some side effects.

Cumin recipes are well known in Asian, South East Asia, and African cultures. These seeds are important ingredients in various cuisines. One of the important worldwide use of it is jeera rice, which is a combination of rice and jeera. It is used in meat & vegetables, soups and sauces. Some of the important recipes are Cumin cauliflower soup, Lamb sausage sandwich with cumin-mint yogurt sauce, Grilled cumin-lime chicken, Cumin potatoes, etc.

These seeds have phytochemicals, antioxidants, carminative, dietary fiber, and anti-flatulence properties. The seeds also have cumin aldehyde, pyrazines, 2-methoxy-3-sec-butylpyrazine, 2-ethoxy-3-isopropylpyrazine, and 2-methoxy-3-methylpyrazine. It has an adequate amount of iron, copper, calcium, potassium, manganese, selenium, zinc, and magnesium. It also contains good amounts of B-complex vitamins such as thiamin, vitamin B-6, niacin, riboflavin, vitamin E, vitamin A, and vitamin C besides flavonoid phenolic antioxidants such as carotenes, zeaxanthin, and lutein. 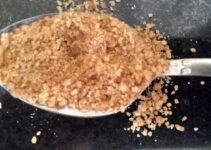