A pilot career is one of the exciting job options fields. Airline pilots are highly trained professionals who are assigned to fly aircraft and helicopters. The pilots have acute acumen for appropriate decisions of landing, take-off, and complex situations. Safety rules, passenger comfort, airline timings, weather conditions, and mental calmness are a few of the essential factors that are utmost required for aircraft flying. If you want to pursue a career in the airline industry, you have to be ready for both the best as well as the worst scenario in job opportunity fields.

How to Become a Pilot?

To have training for the pilot, one should have passed 10+2 or equivalent exams in Physics, Chemistry, and Mathematics.  For admission, there is a written test that comprises test papers like English, maths, physics, reasoning, general awareness, and current affairs. The minimum age to get enrolled in a pilot training institute is 17 years. One has to fulfill the medical standard as prescribed by the Directorate General of Civil Aviation (DGCA).  The training fee is Rs 25 lakh and involves 200 hours of flying training. The duration of the course is 15-18 months. There are institutes in India, which are offering pilot training in India

In the cockpit, there are two pilots. The experienced one is the captain and the other is the co-pilot. In bigger aircraft, there is a third pilot too who is known as the flight engineer. However, after the automatic computerized monitoring system, maximum airlines are left with only two pilots. The captain keeps surveillance of other crew members while the co-pilot monitors the system and communicates with the air traffic controllers.  The different functions of air pilots are:

How do Pilots fly Aircraft?

To fly an airplane, the significance of manual work is minimal. A great part of the work is being executed with the help of a powerful automatic-controlled computer whose works are being monitored by the pilot. The pilot observed the navigational and communication systems, was prepared for weather changes, and always keep in touch with the air traffic controller. Pilots are generally recruited for commercial airlines, but they are also hired by the army and also show their caliber in helicopter flying.

To be a successful pilot, one needs a certificate as a commercial pilot with a logging of 250 flight hours. Besides these criteria, to become a versatile pilot, one may initially try for flight instruction, pipeline patrol, flying traffic watch, and skydive pilot. These may be fruitful to become a good pilot for airlines. In India, the cost of pilot training is Rs 30 lakh, sometimes reached to one crore as per the specialization while in the US, it is about 25 lakh. In the US or developed countries, training for CPL is less than in India because of high-cost fuel and imposed duties as explained by the Indian system.  Every time a pilot wants to upgrade to a bigger aircraft, he has to pay an additional amount of Rs 25 to 30 lakh.  Even after becoming a pilot, one has to pass a medical fitness test every six months.

Job growth is comparatively better in the airline sector. Both economic, as well as population growth, give a boost to the airline sector. Since the regional airlines are growing faster, so have the higher jobs opportunity. From a Job point of view, the airline sector is a hot cake. The soaring salaries and visiting the different destinations fascinate everyone. Though the initial fees are quite high, yet with the availability of loans, getting admission into the aircraft institute is no more the dream.  After the CPL, the candidate gets a job in an airline as a co-pilot. At the major airlines, which offer handsome salaries and other benefits, the competition for pilots is fierce. However, the best opportunities are available for pilots at low-cost airlines. In the US, the package for pilots varies from $56, 000 to $106, 000

To be a commercial pilot in India, one should have a flying experience of 250 hours while in the case of developed countries, the situation is not so. In countries like Europe, to have a basic license experience, one has a flying experience of 750 hours. In foreign countries, the package is double to India. Sometimes, the pay is thrice or 4 times in India. On the other hand, these countries also made available lucrative avenues for pilots. There is more job certainty and satisfaction in abroad pilot jobs.

The economic recession has made a greater impact on the recruitment procedures of airlines. About 6, 000 pilots are unemployed in India and after every six months, about 600 pilots re-joined them. Since the candidates joined for the pilot just after the 12th class, so, alternative career opportunities are limited. Spending Rs 30 lakh for commercial pilot training, and searching for jobs for months and years is quite depressing both for the candidates and the parents.  All the aspiring candidates are suggested to must-have a second option so that even in the diminishing phase, the candidates should not be worried more. 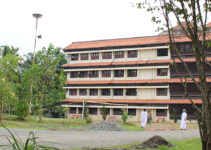