Home » Health » What Are The Patanjali’s 8 Limbs Of Yoga?

The right means are just as important as the end in view. Patanjali mentioned these means as the eight limbs of Yoga for the betterment of wellbeing and moving towards the inner journey. The entire mechanism of yoga, in facts revolve around these eight stages. The various yoga rishis and munis have elaborated it in their own aspects. Here, we will discuss what are the 8 limbs of yoga and what are its various types.  They eight limbs are:

The 8 limbs of Yoga are described in the second chapter of Patanjali’s Yoga Sutra.  The first of these is yama (ethical disciplines) – the great commandments. These commandments are the rules of morality for society and the individual, which if not obeyed bring chaos and covetousness. Patanjali strikes at the root of these evils by changing the direction of one’s thinking along the five principles of yama.

The various commandments of yama are

Niyama are the rules of conduct that apply to individual they follow the rules, regulation and discipline in their day to day life. The five niyama listed by Patanjali are: 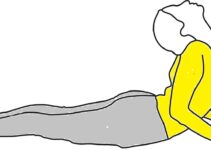