Cancer is one of the important dreaded lifestyle-related disorders which are caused due to abnormal multiplication of cells. There are certain foods that increase the risk of cancer. The multiplicity and growth of cancerous cells can be reduced by cutting these foods. The starving of such foods leads to checking the multiplication of cancer cells.

Refined Sugar: Sugar is one of the important foods for cancer cells and increases the risk of cancer. It means curtailing the amount of sugar, there is a greater possibility of combating cancerous cells. So, one should try to avoid sugar. In place of sugar, one may use natural products like molasses and honey. Three white products should be avoided for a better and healthy life. These are: Sugar, Salt, and Maida (Fine Flour). Foodstuffs like cakes, candy, sodas, juices, pies, and cookies are abundant with sugar, so better to avoid such diets. Sugars are also promoting obesity and spikes insulin.

Processed Meats: To keep processed meats fresh and refresh, the processing units used chemicals as preservatives, which are not in favor of good health. These preservatives in the form of sodium nitrate and sodium nitrite or processing means like curing, smoking, salting, etc. may cause colon and other cancers. In a study conducted by the University of Hawaii, it has been noticed that processed meats increase the risk of pancreatic cancer by 67 percent. Processed flesh of hot dogs, lunch meat, bacon, and cow and buffalo meat may spread cancer due to containing saturated fats, antibiotics, growth hormones,s and parasites. One may opt to fish than beef, pork, or dog.

Milk: Cancerous cells have an affinity to milk because milk forms mucous, which is one of the important foods for cancer cells. Instead of milk, one may take soy milk. The baby should be given a mother’s milk than to cow’s one as the former contains a lesser amount of protein.  Casein, the protein present in milk is known as a prominent carcinogenic substance.

Microwave Popcorn: These microwave popcorn are in fashion, especially in cinema halls, malls, and bigger restaurants. But, people are unaware of the ill-impact of microwave popcorn. These popcorns are lined with certain chemicals (perfluorooctanoic acid) which not only reduce infertility but cause pancreatic, liver, and testicular cancers. Another chemical is known as diacetyl used in popcorn may trigger cancer.

Soda: People take soda not only during ceremonies and festivals but also drink it at large on day to day life. Since, soda is endowed with chemicals, calories, caramel colors, 4-methylimidazole, sugars, and other additives, all help to enhance acidity. Cancer cells are active in acidic medium. Aspartame in soda causes many illnesses including cancer and birth defects.  Artificial sweeteners like saccharin and sucralose are also associated with cancer.

Refined White Flours: Refined white flour due to its excessive carbohydrate content increases the risk of breast cancer. So, one should take precautions while eating white bread, pasta, and gluten wheat.

Conventional Fruits like Apples, Grapes: You shouldn’t be boasted of good health if you are eating apples, grapes, strawberries, cilantro, and oranges. If these are not organic in nature, it means they are linked with heavy pesticides, which are one of the bigger factors for cancer. As far as Apple is concern, it is the most pesticide-sensitive fruit containing about 98 percent of it. A study also showed that such pesticide fruits lowered child IQ and responsible for Attention-Deficit Hyperactivity Disorders.

Farmed Salmon: Farmed salmon is contaminated with chemicals such as polychlorinated biphenyls (carcinogenic), flame retardants, antibiotics, and pesticides. It is lower in vitamin D and also containing DDT.

Potato Chips and French Chips: Potato chips and chips of other kinds are associated with high glycemic contents, sodium, colors, and artificial flavors, which imbalance the flow of arterial blood.  Such fried things are also associated with acrylamide, which is carcinogenic in nature. It has also been noticed that a large number of cancer patients shown acrylamide content in their bodies. In a recent study, it is observed that carbohydrate-rich foods such as potatoes, rice, and cereals when over fried or overcooked, lead to the formation of acrylamide. Since these products are fried at high temperatures with oil, so the possibility of cancer increased manifold. These fried chips should be avoided as French fries sometimes are also known as Cancer fries. Overcooking and over frying kills our food and release toxins. Perennial use of crisps, chips, biscuits, and bread may damage the nerve in the long run and cause cancer too.

Alcohol: Alcohol is related to causing many cancers in the body.  High alcohol consumption can cause cancer of the mouth, throat, larynx, esophagus, bowel, liver, and breast.  A study conducted by Cancer Research UK finds that out of 100 cancers, 4 are related to alcohol. 5-10 ounces of alcohol a day can be useful for health. 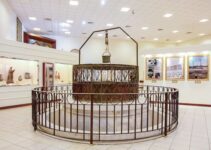 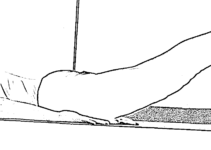