A number of people are apprehensive and disinterested to do Sirsasana because of its headstand position and require some sort of balance. In fact, it is not difficult to practice if it is performed under the guidance of an expert and providing the basic rules are carefully followed. The brain needs well-oxygenated blood for performing its various functions smoothly. However, in the case of sedentary as well as general people, the brain didn’t receive sufficient enriched oxygenated blood that leads to headaches, pituitary malfunctioning, diabetes, sexual problems, improper vision, hair fall, skin conditions, piles, varicose vein, etc.

It also prevents blood stagnation in the lower parts of the body thus ensures homogenous blood supply to the entire parts of the body. The scientific experiment has verified that the amount of air breathed per minute during the performance of headstand yoga was considerably reduced. Oxygen consumption by the tissues increased and the amount of oxygen exhaled was less, indicating that the transfer of oxygen to the blood is greatly increased. It has been also shown that the number of WBC has increased thus prevents the body from infections and develop immunity. The ideal time to practice is early in the morning just before breakfast.

How to do headstand yoga

Mastering Sirsasana is not a difficult task. Here are the 10 simple and easy steps that are being enumerated to raise the body into the final pose and how to become mastered for headstand yoga. Once this is achieved then staying in the final pose is a little difficult.

The following precautions should be observed while performing Sirsasna.

The duration for practicing the headstand pose varies from person to person. A person who is performing this pose for years can practice for up to 30 minutes. For the beginners, 30 seconds is good and the maintaining time may be increased up to 5 minutes under the guidance of an expert.

After performing sirsasana, the counterpose is of utmost importance to smooth the various body functions. The different simple yoga poses that can be performed just after practicing headstand yoga are Tadasana and Shavasana. The stick asana can also be performed. Massaging the body is also one of the options.

While doing sirsasana, the practitioner should be relaxed and calm to avoid contradictory results. 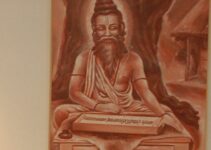 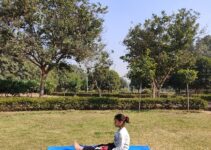