Who doesn’t want to eat apples? More or less all the people across the globe like to eat an apple or cherishes its juice. Apple is full of biochemical compounds like antioxidants, which helps to combat free radicals in the body thus put away many ailments. The fruit is known for its phytonutrients, antioxidants, and dietary fiber that help it in fighting heart disease, cancer, Alzheimer’s, Parkinson’s, diabetes, and stroke. It is famous for a fiber called Pectin. This soluble fiber is known for innumerable health benefits. This is one of my favorite fruits after Mango. Because of its nutrition facts and surprising health benefits, it is considered a superfood.  It is tagged as ‘miracle food’ due to widespread cultivation and consumption. 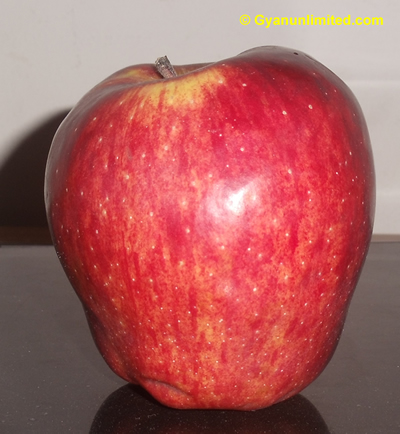 This is the single fruit, which resembles a heart or is just like a heart shape. So eating apples means you are saving your heart.

The tree loaded with apple has aesthetic values. A number of poets have written on its magnificence. The beauty of an apple tree or orchard is the cynosure of attraction. That’s why a large number of people including tourist likes to visit Himachal Pradesh and Jammu & Kashmir of India during the season of apples.

The fruit is rich in fiber. Eating this fruit discourages your longing for food thus saves you from extra calories. Digestion of pectin requires more time thus makes your stomach full for a longer time. It may also contain ursolic acid that reduces the risk of obesity and may be useful to make you slim and trim. An adequate amount of fiber helps smooth bowel movement and ensures the effective functioning of digestion. Even the doctor suggests a rich fiber diet for obese people.

The free radicals can degenerate the brain cells and may cause Alzheimer’s. But apple contains a powerful antioxidant called quercetin that prevents the decaying of brain cells. The fruit is also known for flavonoids which are good for your brain as well as neurological problems. It is helpful in increasing memory and logical reasoning by stimulating the acetylcholine.

3. Apple for a healthy heart

Apple is full of anti-cancer benefits. The American Association for Cancer Research has shown that apple reduces the chances of developing pancreatic cancer as it is rich in flavonol compounds. Its peel contains triterpenoids that can ward off liver, colon, and breast cancer as recommended by researchers at Cornell University. Because of high fiber, the miracle fruit may reduce the risk of colorectal cancer as suggested by the National Cancer Institute, USA. This is one of the few fruits, which is associated with the reduction of lung cancer.

Apple reduces the risk of diabetes, especially type 2 diabetes. The soluble fiber in the fruit is helpful in blood sugar regulation. The presence of quercetin and flavonoids compounds slowing down the carbohydrate assimilation process. Polyphenols delaying glucose absorption and stimulate the pancreas to secrete more insulin.

Research conducted in the USA had suggested that the intake of apple reduces the risk of thrombotic stroke. Eating apple over a long period of time powerfully reduces the chances of stroke.  Quercetin in apple is acting as anti-stroke as per the scientists.

9. Apple for skincare and beauty

The fruit is helpful to give a fair complexion and prevent you from wrinkles, pimples, acne, blemishes, and black spots due to the presence of numerous phytonutrients and antioxidants. These compounds counteract the damage caused by free radicals, which are directly related to premature aging. Method: The paste of apple and honey is applied on the face and leave it for 10-20 minutes followed by washing it with fresh water. The paste of apple and milk when applied is also beneficial to glow your face.

How to select an apple?

The selection of apple is an important aspect. Before purchasing, one should ensure that the apple should be hard and solid. It should be free from any cutting or any other black spot marks. The soft and pliable apples should be avoided as these may infect with worms or germs. The fruit, which is supple in nature, is also not good in taste. Eating the hard one is crunchy and simultaneously enjoying.

How to store an apple?

After bringing the apple home, first dipped it into the water for 2 to 3 hours. Washing apple with freshwater is important so that its germs, dirt’s and pesticides can be removed. After washing, it can be kept in a cool place to maintain its freshness and tastiness. Refrigerator apples can be used or consumed for a longer period of time. However, it is better to eat a fresh one.

1 thought on “9 Health Benefits of Eating An Apple” 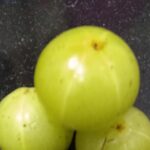 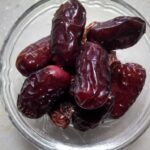 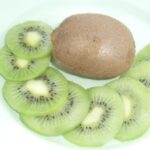 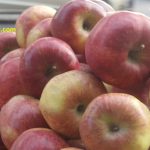