This year International Day of Yoga (IDY) on 21st June 2016 will be different from the previous year. There will be more participation of yoga enthusiasts, better coverage, and better dissemination of Yoga in the remote of the remotest area across the globe. The highlights will be health, happiness, and harmony through the celebration of the International Day of Yoga on June 21. This year, some Yoga poses such as Yogic Sukshma Vyayam, Asanas, Pranayama and Institutional Yoga Practices have been added in the revised edition of Common Yoga Protocol. The Government of India has published Hindi and English booklets of Common Yoga Protocol, which are having simple yoga poses, Yogic Sukshma Vyayam, yogasanas, pranayama, and meditation. One can download such booklets Free from MDNIY. The total duration of the Common Yoga Protocol (CYP) will be of 45 +15 minutes. Forty-five minutes cover Yoga of CYP while 15 minutes will cover Institutional Yoga practices e.g. Pranayama, Yoga Nidra, Dhyana, Satsang, etc.

On June 21st, 2016 on the eve of IDY, the following yoga practices will be practiced by yoga enthusiasts all over the world.

2. Sadilaja / Chaalan Kriyas/ Loosening Practices:   It included the yogic Sukshma Vyayam such as (Neck, Shoulders, Trunk, and Knees movements). It is of 6 minutes duration.

4. Kapaalabhaati/Frontal brain cleansing exercise (3 cycles of 40 strokes each). It is needed that each cycle will be followed by deep breathing. It will be of 3 minutes.

5. Pranayama: The following Pranayama will be practiced. The duration of breathing exercises will be 6 minutes.

6. Dhyana/Meditation in any Meditative Posture (eyes closed) and hands in Jnana / Gyana Mudra: It is of 8 minutes.

The Session will end with a Sankalpa of 2 minutes.

I commit myself to always be in a balanced state of mind. It is in this state that my highest self-development reaches its greatest possibility. I commit to do my duty to self, family, at work, to society, and to the world, for the promotion of peace, health, and harmony.

7. Shaanti  Paatha will also be chanted.

The following yoga practices have been added in this year’s International Day of Yoga on 21st June, 2016. The list of such yoga pose is given below. 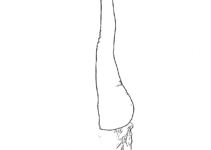